Pedestrian dies after being struck by vehicle in southeast Calgary – Calgary 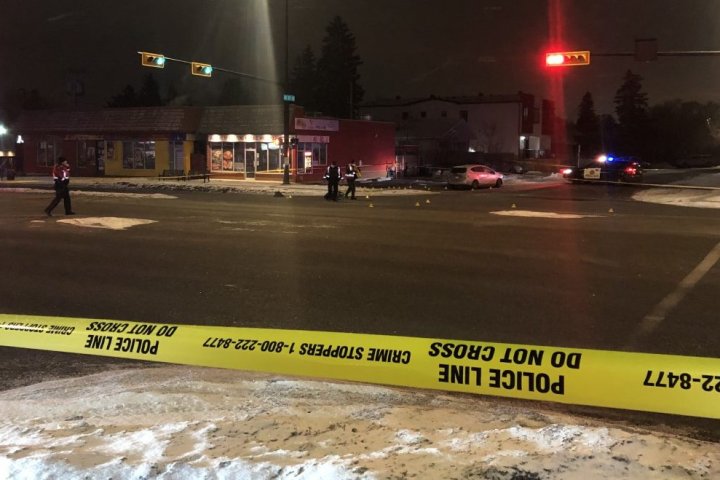 A person in his 30s has died after he was struck by a automobile whereas strolling in southeast Calgary earlier this week.

Round 9 p.m. Tuesday, the person was crossing 17 Avenue within the west crosswalk at 42 Avenue when he was struck by a Toyota Prius that was heading east.

Learn extra:
Man injured after being hit by automobile in southeast Calgary

Police mentioned the pedestrian was taken to hospital in critical, life-threatening situation. He died on Friday, the Calgary Police Service mentioned in a media launch.

The CPS mentioned investigators imagine the pedestrian was crossing in opposition to the sunshine and that alcohol could have been an element.

The 47-year-old man driving the Prius remained on the scene. Police mentioned they don’t imagine alcohol, medication or pace had been elements on the motive force’s behalf.

The person’s demise is Calgary’s third pedestrian fatality of 2021.

The CPS Site visitors Unit continues to research the incident and is asking any potential witnesses to return ahead with info by calling the Site visitors Part at 403-567-4000, or the non-emergency quantity at 403-266-1234. Nameless ideas may be submitted to Crime Stoppers.

Breadcrumb Path Hyperlinks Information Native Information Universities and faculties are among the many few areas dealing with cuts within...

399 new cases of COVID-19 confirmed in Alberta on Thursday

Alberta Well being confirmed a further 399 instances of COVID-19 had been reported within the province over the past...

CALGARY (660NEWS) — Variant circumstances proceed to see a gentle rise this week in Alberta as COVID-19 numbers have...

COVID-19 Live Updates: News on coronavirus in Calgary for Feb. 25

Breadcrumb Path Hyperlinks Information Native Information Keep tuned to this web page for the most recent information on COVID-19...

Imperial Oil Ltd. is chopping one billion barrels from its stock of oilsands bitumen following a 12 months marked...

TikTok owner ByteDance to pay $92M in US privacy settlement